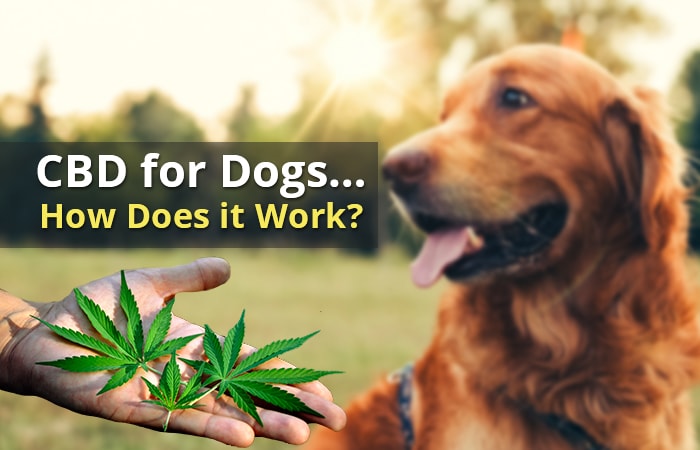 If your dog suffers from seizures and the existing medication isn’t working, then there could be an alternative natural remedy, and that’s CBD oil.

It is extensively researched in humans and animals for its potential health benefits. CBD oil also displays the potential to reduce seizures in dogs. It can be a harmless and side-effect free way to help your furry friend.

Canine epilepsy is a common neurological disorder observed in dogs, and it is one of the main reasons behind recurring seizures. According to the Canine Health Foundation, it has been estimated that canine epilepsy affects around 0.75% of the dog population.

Epileptic seizures are sudden bursts of uncontrolled electricity in a dog’s brain, and there isn’t a viable cure for it. Medication is commonly given to help manage it. Although canine epilepsy is the main factor behind seizures, there could still be other underlying factors.

If your dog gets seizures, take them to the veterinarian immediately so they can give you detailed information on the cause.

There can be various causes for dog seizures, but the leading cause is canine epilepsy. Unfortunately, canine epilepsy has no cure, but medication is prescribed to manage it.

Cannabis oil is made out of cannabidiol (CBD), which is extracted from the cannabis plant. There is an endocannabinoid system or ECS in the bodies of humans and dogs. CBD interacts with these endocannabinoids that are located throughout the body.

The highest concentration is found in the brain, spinal column, and the nervous system. CBD interacts with the system and that’s where it has the greatest potential for impact. Legally CBD hemp oil contains less than 0.3% THC and does not produce psychoactive effects due to its compound structure.

Many anecdotes and investigations reveal that CBD hemp oil is popularly used to control seizures among pets and humans alike. It is necessary to understand how it actually works before treating your dog’s seizures with CBD oil. Dogs have two kinds of endocannabinoid receptors in their bodies: CB1 receptors (centralized in the nervous system and the brain) and CB2 receptors (located in the immune system).

The CB1 receptors are responsible for the greatest impact when CBD is given as treatment for seizures. Unlike commonly prescribed medication for seizures and epilepsy, CBD oil is entirely natural and has almost no adverse side effects.

It might make your dog a little drowsy, but that’s the only known effect it has.

What Research Has To Say

Seizures display profound effects on the endocannabinoid system, and those effects can be made mild when using CBD oil as a treatment. There is significant research that suggests CBD improves seizure control in patients with specific epilepsy syndromes.

In one major clinical trial on the effects of CBD on seizure activity in dogs, the findings have been eye-opening. The dogs enrolled in this study were randomly assigned to receive either the CBD oil or a placebo for 12 weeks and then, after a 4-week washout period, receive the opposite drug for an additional 12 weeks. The results showed a significant reduction in the frequency of seizures in dogs who were administered CBD oil.

The most frequently asked question among pet parents is, “how much CBD oil should I give my dog for seizures?”. Well, that varies on the dog’s size and weight. Typically smaller dogs require lower doses, and larger dogs require a higher dose to see any effect.