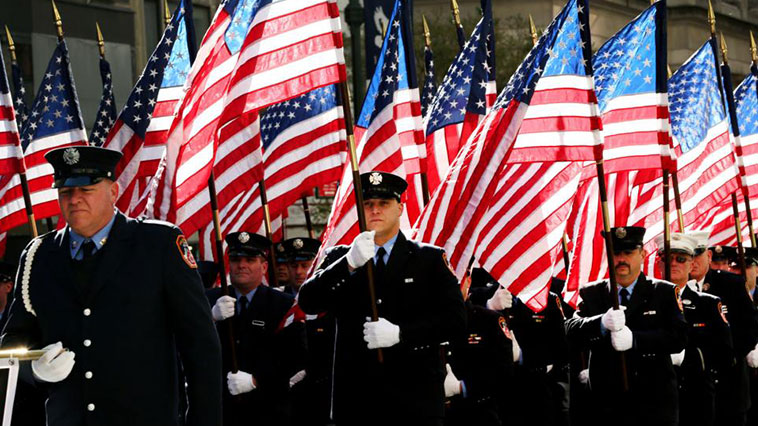 Veterans Day is an important day for every American and is intended to honor and appreciate all servicemen and servicewomen who served the United States in all wars, mainly living veterans. On this day, parades and church services are organized, and in many places, the American flag is hung at half-mast. Sometimes a period of silence lasting two minutes is held at 11 am. Many schools are closed on Veterans Day, while others do not close, but choose to mark the occasion with special cultural activities.

When Is Veteran’s Day Celebrated?

The History Behind Veteran’s Day

An armistice between the Allied nations and Germany came into existence on the 11th hour of the 11th day of the 11th month of 1918. On November 11, 1919, Armistice Day was commemorated for the first time ever. There were plans for public meetings, parades, and a brief suspension of business activities at 11 am.

In 1919, President Wilson declared the day should be “filled with solemn pride in the heroism of those who died in the country’s service and with gratitude for the victory.”

In 1926, the United States Congress officially declared the end of World War I and said that the anniversary of the armistice would be commemorated with thanksgiving and prayer.

An Act was approved on May 13, 1938, which made November 11 in each year a legal holiday, known as Armistice Day. This day was initially intended to honor veterans of World War I. A few years later, World War II required the most significant mobilization of service members in the history of the United States, and the American forces were sent to fight in Korea. In 1954, the veteran’s service organizations asked Congress to change the word “Armistice” to “Veterans.” Congress made this change, and on June 1, 1954, November 11 became a day to pay tribute to all American veterans, where ever and whenever they had served.

At CBDOils.com we salute our veterans for the sacrifices they’ve made for the security of this country. A majority of our customers are current or former service members who use our products to cope with chronic pain and Post Traumatic Stress Disorder (PTSD). CBDOils.com will train and create a self-sufficient industry for our veterans by giving them franchising opportunities and direct employment. We want to put a smile on the faces of people who are struggling to earn a living after serving our nation.