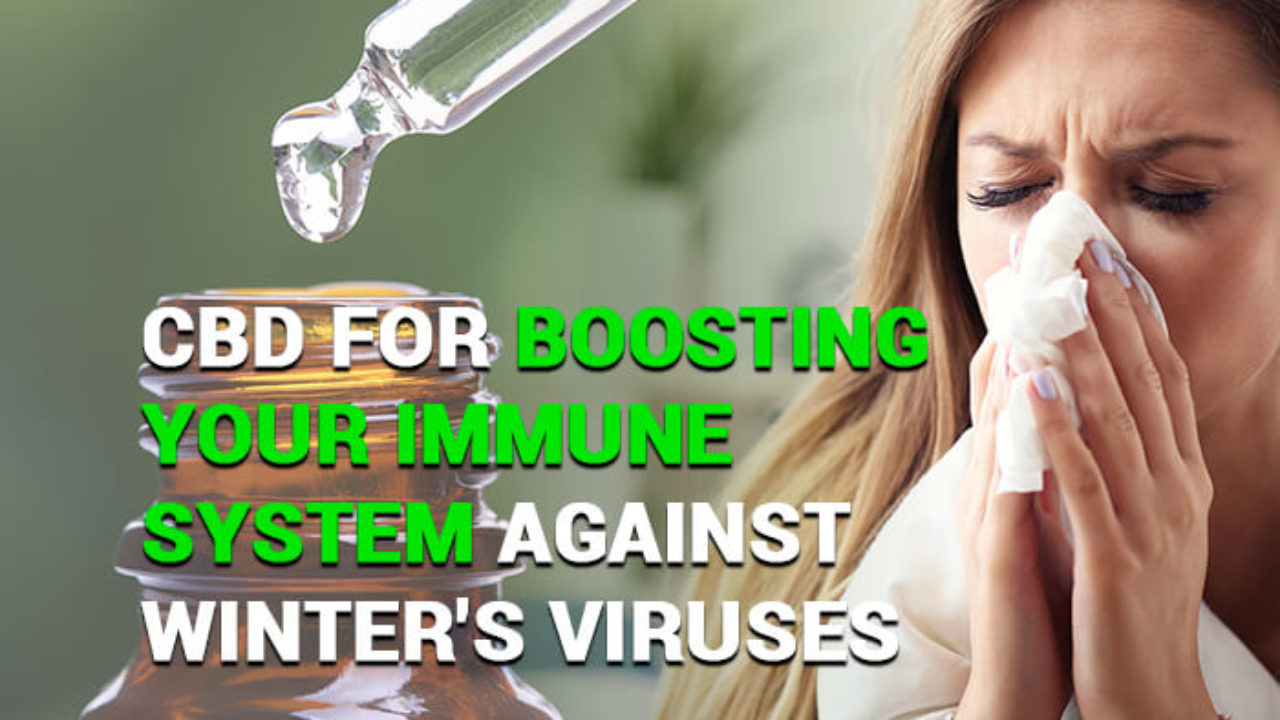 Cannabis Sativa has been consumed throughout the history of humans for nutritional and health purposes. Various ancient civilizations – from the Greeks to the Chinese – incorporated cannabis in their pharmacopeia.

In the 21st century, scientists are trying to figure out not only the molecular structure of cannabis but also how it affects the complex network of biological systems in our bodies. Although many exciting discoveries have been made, we still know very little.

WHAT DOES RESEARCH SAY

Research suggests that cannabinoids like THC and CBD are immunosuppressants. This explains the relief felt by CBD users with autoimmune diseases and chronic inflammation. Several studies have shown that regular CBD use may increase white blood cell counts in immunodeficiency disorders like HIV. This strongly suggests an immune-boosting effect.

The bottom line is that many things are to be discovered about how cannabis affects our immune system. CBD Oil is popularly known for its anti-inflammatory properties. Research shows that it can significantly improve the immune system.

OUR IMMUNE SYSTEM – AN OVERVIEW

We are continuously exposed to bacteria and viruses (antigens), and infectious diseases. These can wreak havoc inside our immune system. Our inbuilt defenses help keep these invaders at bay. The immune system is a complex web of tissues, cells, and organs, functioning with military precision to keep us healthy.

White blood cells or leukocytes are key players in the immune system that seek out and destroy pathogens. Leukocytes can be classified into two groups:

1) Lymphocytes (B cells and T cells) that eliminate antigens and help the body remember previous attackers.

Many are familiar with T cells because of their relationship with the HIV virus, which wipes them out. This primarily makes HIV patients vulnerable to seemingly harmless infections.

Our immune system also plays a vital role in detecting malfunctioning cells inside our bodies. It ensures that these cells do not continue to grow and become tumors through the process of apoptosis or cell death.

THE ENDOCANNABINOID SYSTEM AND THE IMMUNE SYSTEM

The endocannabinoid system consists of two main G protein-coupled receptors (CB1 and CB2). It also comprises of the proteins that transport our endocannabinoids, endogenous ligands known as endocannabinoids (anandamide and 2-AG), and the enzymes that break them down.

The ECS is a homeostatic regulator that works continually to maintain a state of biological equilibrium.

Endocannabinoids are naturally produced on demand, and these travel backward across chemical synapses and modulate cell activity. That’s why the ECS is termed a homeostatic regulator – continually functioning to maintain a state of biological balance.

CB2 receptor activation produces an anti-inflammatory effect and is, therefore, a therapeutic target for autoimmune disorders and neurodegenerative disease.

CBD AND THE IMMUNE SYSTEM

When we talk about cannabis, we’re dealing with over 400 different molecules. CBD, which is one of these, despite little with CB1 and CB2 receptors, is considered to be immunosuppressant. It significantly reduces cytokine production3 and inhibits T-cell function4. Numerous CBD oil reviews clearly show that cannabinoids have an immunomodulating effect.